{Nick and I at my best friend’s wedding. Photo by Beata English.}

I read a lot. And by a lot, I mean that when I don’t have reins on myself, I tend to read a novel/novella every single night.

I’ve always been a fast reader, and I also suffer from can’t-put-it-down-itis, which I inherited from my Dad. Basically, if I start a novel, I want to do nothing else until I have finished reading it. I get immersed in the world, and I have a compulsion to see it through to the end.

Since I read a lot, and I get a lot of free kindle books from Pixel of Ink (how I love thee) I end up reading quite a number of mediocre novels. In fact, I’ve read so many mediocre novels lately that I was ready to throw in the reading towel for a while. Perhaps I should just limit myself to a few choice novels each week – ones I know I really want to read – that really light me up when I read the synopsis. Rather than going ‘meh, it’s free, and sounds okay, DOWNLOAD!’.

Then again, sometimes my hard slog will be rewarded, as it was the other night when I read Coming Home by Laurie Breton. It’s a beautifully told, beautifully written story of love and loss, and it totally sucked me in. I was up until 1am finishing it, because I really, really couldn’t put it down.

WARNING. If you have ANY intention of ever reading this book, stop now and go read it before continuing. Major spoilage ahead.

The novel charts the life of a woman named Casey, over a period of around 20 years. During the course of the book she loses both her daughter and her husband to sudden, tragic deaths… though it has a happy ending with her finding love and hope by the end.

Something I found utterly fascinating in this novel was the difference in the depiction of her way of coping with the 2 deaths. When her daughter dies, her husband and her separate (won’t go into why, but good reasons) and she embarks on a journey that results in her ‘finding herself’ for want of a better term. Her daughter’s death hurts her deeply, yes, but she still copes with life – she still continues on.

However, when her husband (whom she had reunited with) also dies suddenly a few years later, she descends into a morass of depression that lasts over six months. The description of her pain upon losing him is so much more detailed and raw than the pain of losing her child was.

Now, I don’t have children, so I can’t speak from personal experience on that score, but I have to admit, reading of her pain upon losing her husband scared the absolute crap out of me.

My husband Nick truly is a part of me. We compliment each other so well, and our lives are so closely entwined, that the thought of ever losing him fills me with indescribable horror. It would be like losing half of my body. It would be as if the stars and moon and sun had been snuffed out (thanks, Florence). I would fall into an abyss that I don’t quite know that I would ever crawl out of.

And that got me thinking – what is it about the death of a spouse that is so completely horrific? I mean, when my parents are gone I will mourn deeply, and I will miss them to the end of my days – but I will go on. Perhaps it is because it is just the natural order of things. It’s expected. Even if I had and lost a child… I don’t know. I cannot even begin to imagine the grief that would bring – but still.

The pain of losing my husband, the one person I have chosen from the 7 billion on the planet to walk through life beside me – that is the pain I would dread the most.

How powerful, how profound it is, this choice.

Sometimes it’s fraught with second-guessing, pain, and uncertainty. If you’re extremely lucky, making your choice is as simple as drawing your next breath.

Is it to do with expectation? When we marry, or commit to the person we have chosen, we believe that that partnership will last. We have a vague notion that one of us is most likely to outlive the other, but we don’t expect to reach that point for many many decades. We have plans, dreams, and a connection to this person. Our lives and theirs are inextricably linked. Or, at least they should be, I believe.

Is it the crazy notion that there is only one true soulmate for each of us? I don’t personally hold to that notion at all… I believe we could be happy with any number of people. However, for some people this might play a part in it. Even though I don’t believe in soulmates, I do believe that I’ve made the best choice in the entire world, and I’m not at all convinced that anyone else would ever measure up.

And I want to make every single one of them count.

This song sums it all up, really. 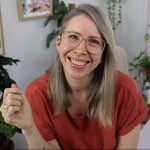